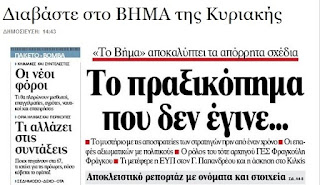 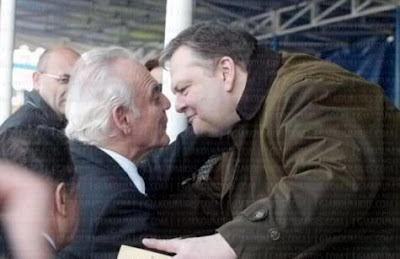 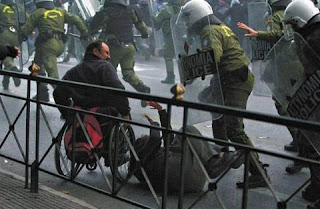 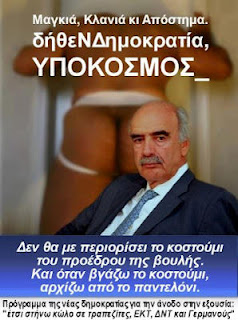 Posted by ΗarryTsopanos at 7:21 μ.μ. Δεν υπάρχουν σχόλια: Links to this post 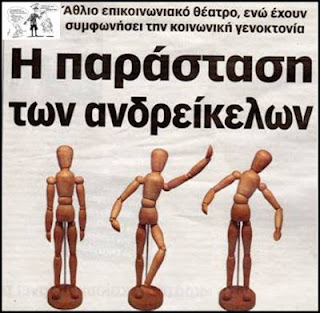 Europe needs to look at sharing more of Greece’s pain


If you want to cause major discomfort at a meeting of European policymakers, just try mentioning “OSI”, or official sector involvement. The notion that official creditors, and by that I mean governments and regional/multilateral institutions, may need to accept a reduction in their contractual claims on Greece is anathema to many. Yet the issue will surface repeatedly, and more frequently, given the current overly-constrained approach to solving Greece’s deep problems.
Official creditors have good reasons to resist OSI. Their sizeable lending to Greece was not a commercially-based decision but rather an emergency intervention. The aim was both to stabilise Greece and to limit destabilising spillover for other European economies.
They came in at a time when private creditors were exiting Greece en masse, and in a highly disorderly fashion. Their financing was extended at concessional interest rates. Loan maturities extended well beyond what a private creditor would envisage. And, when push came to shove, the official sector provided even more funding to Greece so that the country could meet its debt-servicing obligations.
None of this would have occurred if the official sector did not think of itself as a “preferred creditor”. That is what a lender of last resort reasonably expects, especially when it is stepping in to counter a disorderly financing implosion (and thus limit the losses to be incurred by private creditors). And it is what many parliaments in creditor countries believe as they encumber domestic tax receipts with actual or contingent Greek liabilities.
Yet the story is not that simple for two distinct reasons: there are precedents; and without further debt reduction, Greece has little hope for restoring growth, jobs and, therefore, financial solvency.
It is not so long ago that western countries willingly engaged in debt and debt service reduction for developing economies under the auspices of the Paris Club. This was often combined with the type of private sector involvement that has already occurred in Greece, and that has wiped out more than half of the contractual claims of most private creditors.
Even multilateral institutions, known to fanatically guard their preferred creditor status, have found ways in the past to de facto provide concessions to over-indebted countries. Indeed, just a few weeks ago, the European Central Bank used a clever mechanism to channel money to Greece so that it could be recycled as a debt service payment from the country to the central bank.
Then, and even more importantly, there is the urgent reality of Greece’s repeatedly faltering adjustment and reform effort.
More than three years into a series of troika-supported programmes, Greece has consistently failed to generate growth, to control its explosive debt dynamics and to attract new capital. Indeed, when it comes to outcomes, virtually all of the programmed targets have been missed.
Failing to see any light at the end of a very long and painful tunnel, the result has been an unprecedented level of rejection by the population – economic, financial, political and social. And who would blame the Greek people for their disillusionment?
Most economists would agree that, given the conditions on the ground, the situation could well get even worse unless there are fundamental changes to Greece’s debt and/or competitiveness parameters. Put another way, no realistic amount of domestic austerity and structural reforms – even if socially and politically palatable, which is a big if – would work unless Greece regains greater degrees of operational flexibility. In most scenarios, another round of debt reduction constitutes a necessary, though not sufficient, requirement for a sustainable solution to a very difficult situation.
Without a substantial decline in its debt overhang, Greece will find it virtually impossible to attract new capital inflows. Why should new creditors come in when the risk of concerted principal haircuts is so high? And without fresh capital, private sector activity will continue to collapse, arrears will increase further, and growth and employment will remain elusive.
The time has come for European creditor governments to think long and hard about the cost-benefit of OSI for Greece, as well as the broader regional implications. The longer they wait and curtail sensible analyses, the greater the likelihood of an unplanned and badly managed debt reduction, and the lesser eventual benefits for Greece and Europe as a whole.
The writer is the chief executive and co-chief investment officer of Pimco
http://blogs.ft.com/the-a-list/2012/09/28/europe-needs-to-look-at-sharing-more-of-greeces-pain/?#axzz27lGez3tr
Posted by ΗarryTsopanos at 2:06 μ.μ. Δεν υπάρχουν σχόλια: Links to this post 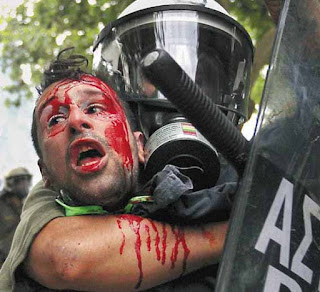 From: Harry Tsopanos [tsopanos@hotmail.com]Sent: Wednesday, September 12, 2012 1:51 AMTo: Ellwood, DavidSubject: FW: Congrats
Μy congratulations to you too and your institute that employed the person who is responsible for more than 3000 suicides up to date,1,5 million unemployed,people suffering and sleeping in the streets.'
This is what he is going to teach your students this man?
How to destroy a country in ten simple steps?
Good luck
Harry Tsopanos
From: david_ellwood@Harvard.Edu
To: tsopanos@hotmail.com
Subject: RE: Congrats
Date: Thu, 27 Sep 2012 16:59:57 +0000

Thank you for taking the time to write to me.

Former Prime Minister Papandreou was invited to spend the fall 2012 semester as a Visiting Fellow by Harvard's Institute of Politics, which is based here at the Kennedy School.  Visiting fellows with the Institute of Politics traditionally meet with student groups, lead discussion groups on topical issues and their experiences in public and political service, and participate in public policy classes with students and Harvard University faculty.  Over the years the program has hosted hundreds of political leaders with diverse experiences and viewpoints.  Past Visiting Fellows include former British Prime Minister Gordon Brown; former Haitian Prime Minister Michele Pierre-Louis; and former Florida Governor Jeb Bush, among many others.

One of the fundamental tenets of the Kennedy School and all American universities is a free exchange of ideas. In keeping with that educational mission, the School has a long and proud tradition of providing an opportunity for leaders from around the world to speak to and interact with the community on important public policy issues, and just as importantly, to give members of our community the opportunity to ask unfiltered questions of these leaders. The unique opportunity to engage in direct discussion with a head of state is one that many of our students value greatly, even if they may disagree on some policy positions.

I do appreciate your concerns and hope this background is helpful.

Thank you for your reply,but what exchange of ideas are you talking about,since when education can be based in lies?
Mr Papandreou is lying to all the world and to himself,we know the truth,you can visit Athens to experience it yourself,to see the homeless,the million of unemployed,read in the newspapers of the suicides of people every day,Mr Papandreou either was unable to govern a country or he had orders to act the way he did.
It is a pity your univercity gave a position to a criminal,I only hope that soon someone will take him to court for high treason.
I always thought Americans respect the ideas of freedom and democracy,this person destroyed all theese ideas in my country.
Harry Tsopanos
Posted by ΗarryTsopanos at 9:05 μ.μ. Δεν υπάρχουν σχόλια: Links to this post 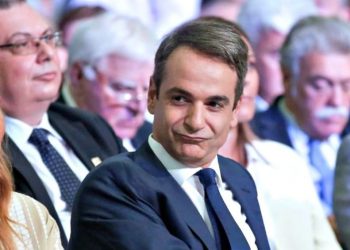 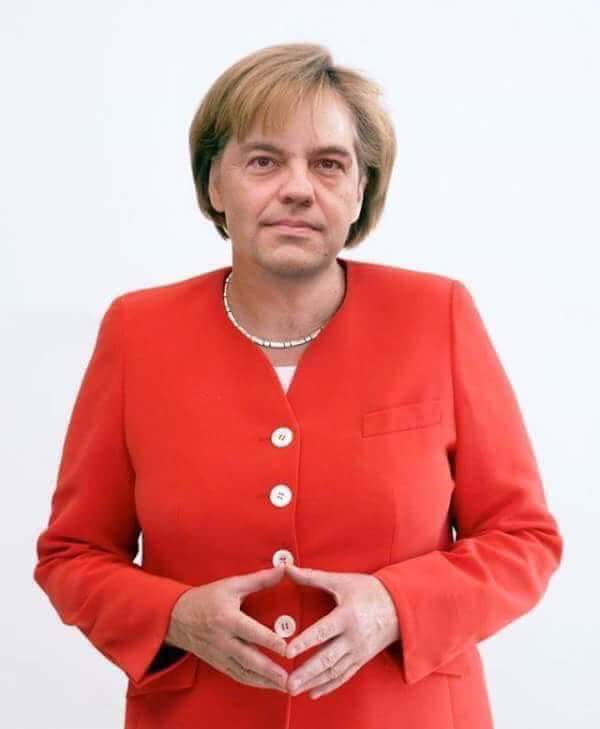 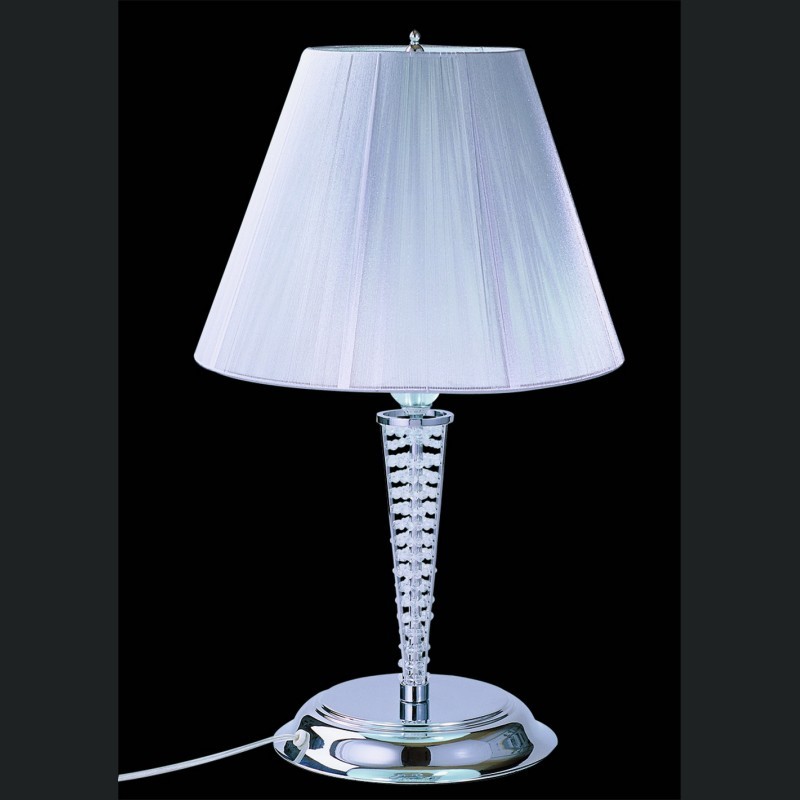 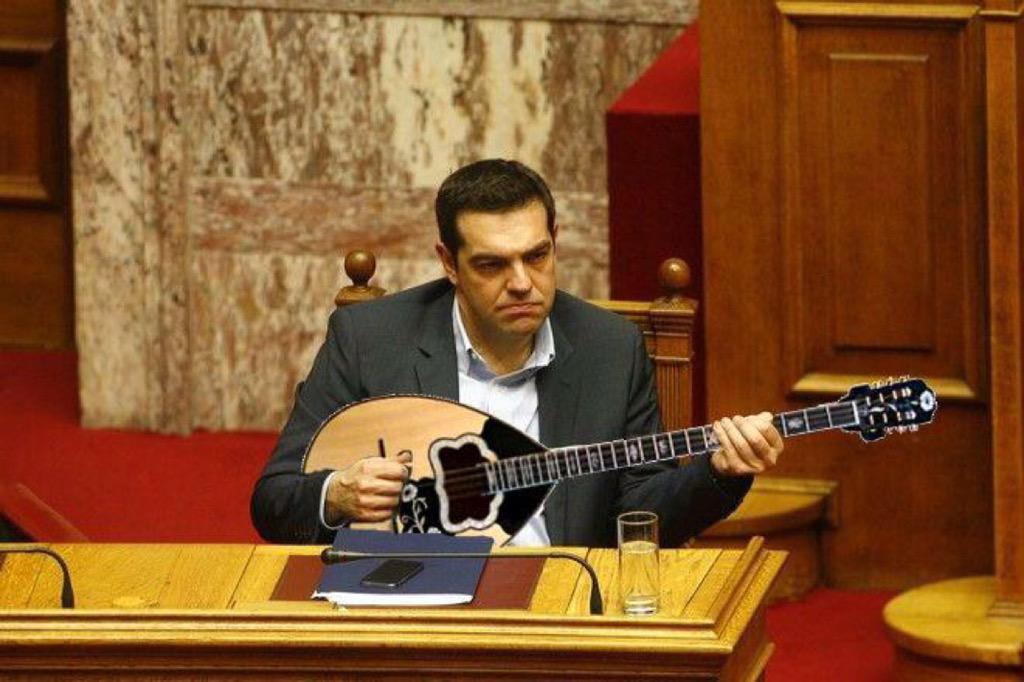 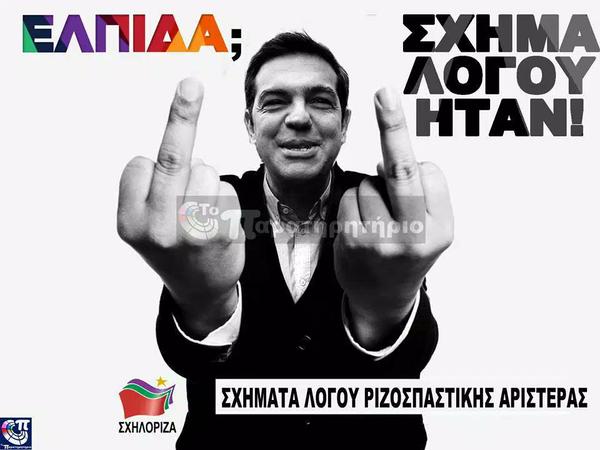 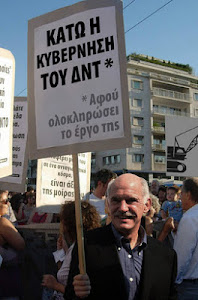 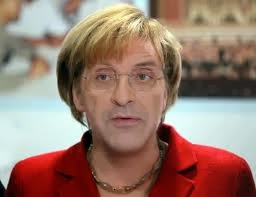 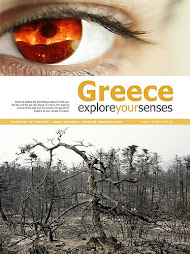 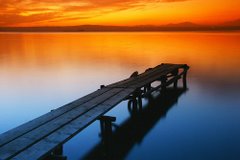 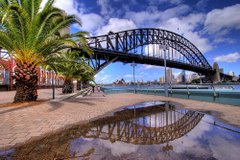